web sitefieldsIn his analysis, he analyzed the policies of Vladimir Putin, the President of Russia, in relation to global crises and his behavior on regional issues. According to this analysis, by attracting West Asian allies of the USA, Turkey, the UAE and Saudi Arabia, Putin is not only putting pressure on the West, but also trying to replace Washington’s positive status with a new system. The coordination of countries in the region is further detailed in this report:

Far from anything President Putin did or failed to do in the eighth month of the Ukraine war, he succeeded in responding to American hegemony in Europe with tactical victories in the Middle East. Both acknowledged the tactical victories and the decision to increase oil production, which was achieved in coordination and cooperation with “Mohammed” (Bin Salman and bin Zayed). This decision came at the last meeting of OPEC + and the unification of positions between Abu Dhabi and Riyadh so that America and the West face more pressure. 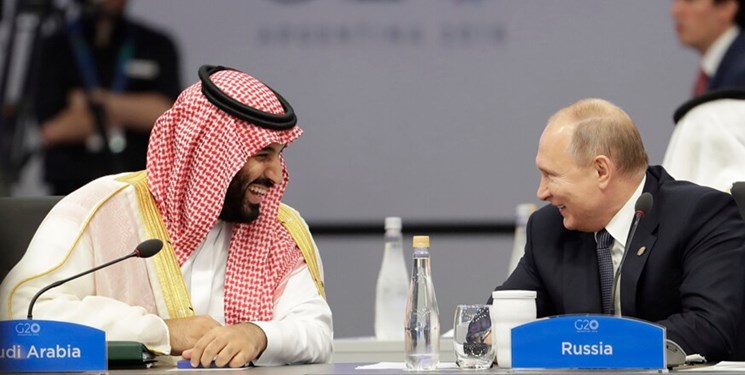 This was enough to cool relations between Riyadh and Washington, and later led to serious tensions between the United States and Saudi Arabia over Putin’s position. Since bin Salman was “kicked out” by the West at the G20 meeting in Osaka in June 2019, only President Putin has stood by him. This meeting took place 8 months after the assassination of Jamal Khashoggi. In addition, Ben Salmon can not forget the position of US President Joe Biden during the election campaign and after his election as President of the White House. Because in his attack on the Saudi crown prince, Biden revealed the details of the secret file of the American investigation into this crime.

Biden’s cold and soulless welcome to Saudi Arabia during his visit to Jeddah on July 15 was MBS’ first reaction to Washington’s policies. Policies that do not consider the real power of bin Salman after eliminating all his rivals in the Saudi ruling family. He presented himself as prime minister and appointed his brother Khaled as defense minister, and bin Salman confirmed that he would appoint him to the position of governor of the new Riyadh region after his father took the throne. 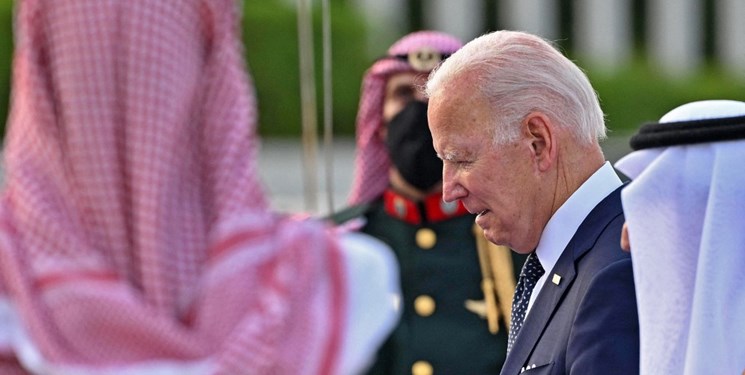 But the equation of Saudi Arabia is the same in the case of the UAE. Thanks to Russia, it has made huge profits from oil and gas sales since prices skyrocketed after the war in Ukraine. In addition, there are at least 3,000 Russian companies operating in the UAE, said to have escaped billions of dollars from Russia and global markets at the start of the Ukraine war, and are now based in Abu Dhabi. In addition, President Putin considers the role of the Emirati mediator or mediator at the level of regional movements a supportive element in his Middle East policy. Because they continue to try to bring together Bashar al-Assad and Recep Tayyip Erdogan, the presidents of Syria and Turkey. 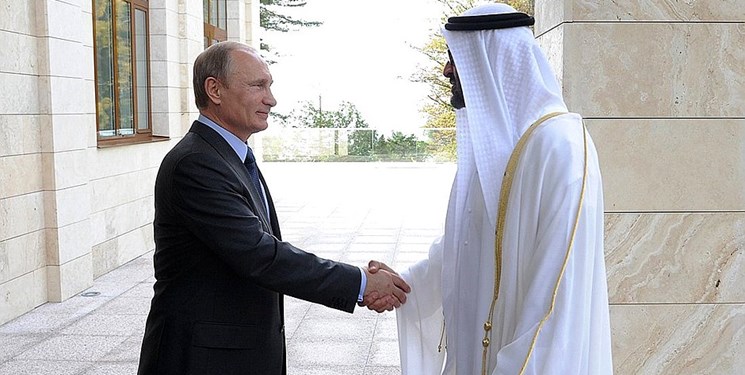 This explains the visit of Erdogan’s spokesman, Ibrahim Kalin, to Jeddah on September 24. Then, the phone call between Erdogan and Mohammed bin Zayed came last Sunday (October 16), a day after President Putin and Erdogan met in Astana and discussed the establishment of an international center in Turkey for the distribution and transportation of Russian gas. Many interpreted this as a “smart bribery” from Putin to Erdogan, who is preparing for the presidential elections in very difficult economic and financial conditions. Some estimate that such an investment could amount to about $50 billion in the medium and long term, which would help Erdogan solve many of Ankara’s internal problems. If Erdogan’s government establishes such a center, it will make Turkey the most important country in all strategic aspects. Of course this center requires advanced technologies that can be found in Japan and Germany.

Turkey imports 45% of its gas consumption from Russia via two pipelines. One is on its way to Greece and from there it will continue on its way to Europe. A third pipeline transporting oil from Azerbaijan is also connected to it, and a parallel pipeline is being built to transport gas to Turkmenistan and Kazakhstan in the future. In addition, the fourth pipeline transports Iranian gas, and the fifth pipeline passes from Kirkuk to the port of Ceyhan in the Mediterranean. There is a road to transport oil to Iraq and Kurdistan, and there may be another pipeline to transport gas from Kurdistan, but the main point is Qatar gas. 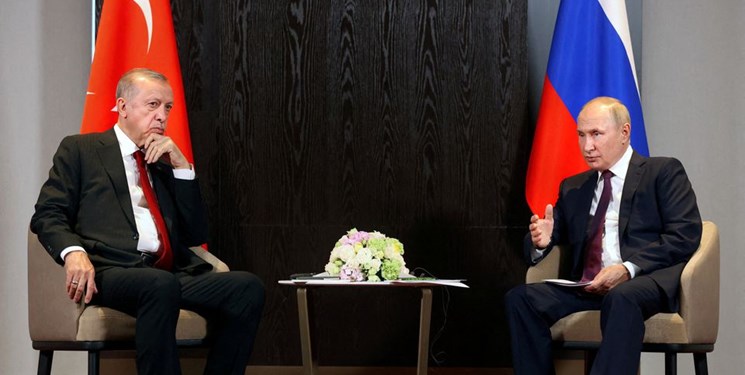 At the same time, Erdogan used all his connections to persuade Tel Aviv to transfer Israeli gas to Ceyhan, thus encouraging Cyprus, Egypt and later Lebanon to participate in the pipeline. Erdogan wants to turn Turkey into an important economic country and thus a political state at the regional and international levels. This prompted Erdogan to compromise with Saudi Arabia, the United Arab Emirates, the Zionist regime (the Jewish lobby organizations in America), and then Egypt. It is well known that the relationship with President Putin is an important factor that enabled Erdogan in his tactics. Having refused to abide by all US and European sanctions (a US delegation arrived in Ankara this week to discuss these issues) and continued his close relations with Serbia and Hungary (Moscow’s European allies). Although they continue to sell drones to Kyiv.

Talks are now taking place on Russia and Turkey’s negotiations to build a new nuclear reactor near the Black Sea city of Sinop in order to promote harmonious relations and cooperation. If we do not say that this is the state of the alliance between Ankara and Moscow, but the process of building 4 reactors in southern Turkey in the Mediterranean is going on. Erdogan used all these positive attitudes of Russia to continue his well-known policies in Syria, Libya and Iraq. In view of the absence of the Arab will to act directly in these countries, the details may be determined after the Arab summit … And now Erdogan is eagerly awaiting its results. 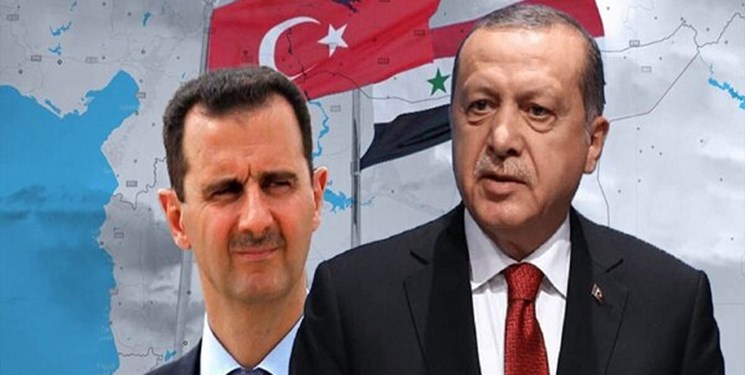 He will then decide whether to reconcile with President Assad and reach an agreement with President Abdel Fattah el-Sisi on a joint plan to resolve the Libyan crisis. Especially after the recent agreement between Tripoli and Ankara, Erdogan will try to get Syria’s share of Libyan oil and gas and thwart his plan to expand joint pipelines with Italy to Europe, which he is negotiating with Rome. Move it to Turkey.

All this is happening while Putin and his new partners, Mohammed bin Salman and bin Zayed, are negotiating several joint projects in the energy sector, such as oil and gas, petrochemicals and strategic industries. S-400 to Riyadh. Talks between Abu Dhabi and Cairo, and this is another reason for the madness of Washington, it is clear that America, like Europe, sees itself as a “wonderful garden” and the rest of the world is a forest in which American elephants rejoice. Josep Borrell, the European Union’s foreign policy chief, put another word. 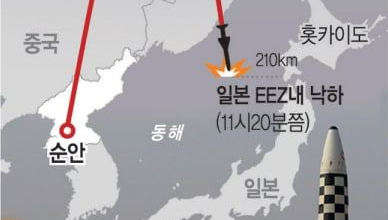 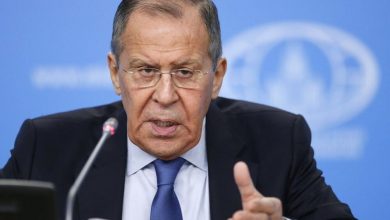