Informants / Hamadan Members of the Expediency Council announced the formation of a youth organization affiliated with the Red Crescent Society in 100 districts of Tehran by the end of the year and the Justice Demand Society.

Ali Aghmadi said, on Saturday, December 28, at the ceremony celebrating the International Day of Volunteer and Doctor, and honoring Hadi Gharafi for the volunteer service that spanned half a century with the top laureates in Hamedan Province, he said: “The Red Crescent Society will unveil the pioneers of development and justice in 100 neighborhoods in Tehran by end of the year.” Slow in the youth organization, young people between the ages of 9 and 18 can participate in this mobilization plan and 1,000 people in each neighborhood.

Agha Mohammadi addressed the volunteers in the Red Crescent Society and said: No human being is useless and what you are doing is the work of the prophets and saints. You serve God’s deputy and savior. God bless you and your family.

He continued: The person who volunteers to serve humanity without any discrimination has a high status, and we have to thank the people who occupy this position.

A member of the research committee confirmed: I consider it my duty to thank the volunteers in the Red Crescent Society because women instill this spirit of service in society.

The governor of Hamedan said: All the officials of Hamedan Province participated in this ceremony today to appreciate the valuable and divine efforts of the people who have helped their fellow men in the past hundred years.

Ali Reza Qasimi Farzad said: The diligent sons of this society are among the best servants of God who work without pay and are present in various fields voluntarily and without pay.

He pointed out that this people’s strength and self-sacrifice, which only thinks of God, is effective in society.

Red Crescent volunteers attended and helped during the Corona crisis, and they said: In the water crisis in the city of Hamedan, Hilal Kishore, the CEO of the association, was one of the first to come to the province and was the pioneer of the concerned officials. . .

And he continued: The Red Crescent in the country sent a million water bottles and 20 thousand bottles and water tanks to the city of Hamedan without the slightest warning, which helped us a lot.

At the end, Ghasemi Farzad said: When the leadership emphasized the second level of statements regarding the advice of an elder and the use of the abilities of children and adolescents, it is good that these people are also used and join the girga. Red Crescent volunteers. 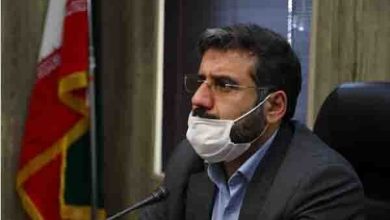 Making a Batman costume in Minecraft A full review of the quality of Philips vacuum cleaners