The Embassy of the Republic of Azerbaijan in Tehran held an Iftar dinner with representatives of local media on Sunday during the holy month of Ramadan.

“During the month of Ramadan, the necessary conditions for worship were created in the liberated areas of Azerbaijan and 65 mosques and religious buildings destroyed by Armenia were restored,” he said.

He referred to the establishment of the “International Day of Multilateralism and Diplomacy for Peace” in 2018 at the initiative of the Republic of Azerbaijan, Iran and other member states of the Non-Aligned Movement. Later he gave interviews to Iranian TV channels and answered questions from the media. 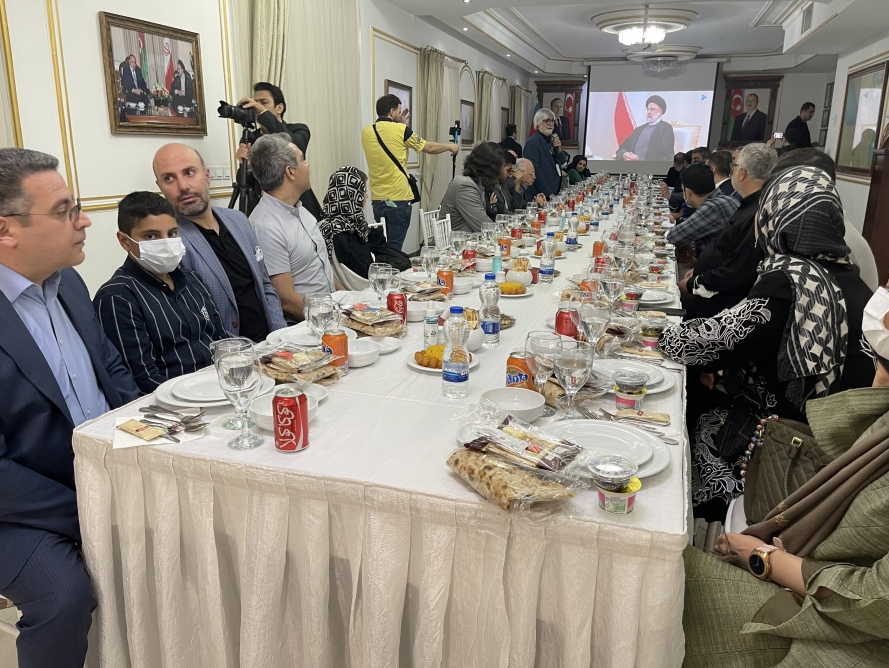 Recently, the Azerbaijani President signed an order establishing new economic relations between Iran and the “Nakhchivan Autonomous Republic” via Iran.

Azerbaijani President Ilham Aliyev signed a memorandum of understanding between the Government of the Republic of Azerbaijan and the Islamic Republic of Iran on the establishment of new relations between the Zangor East Economic Region and the Nakhchivan Autonomous Republic via Iran.

Hikmat Hajiyev from the Republic of Azerbaijan said: Iran and Azerbaijan welcomed.

“The new Iranian government is of particular importance to neighboring countries, especially the Republic of Azerbaijan,” Mahmoud Abbaszadeh Meshkini, a spokesman for the National Security and Foreign Policy Committee of the Islamic Consultative Assembly, recently told Trend.