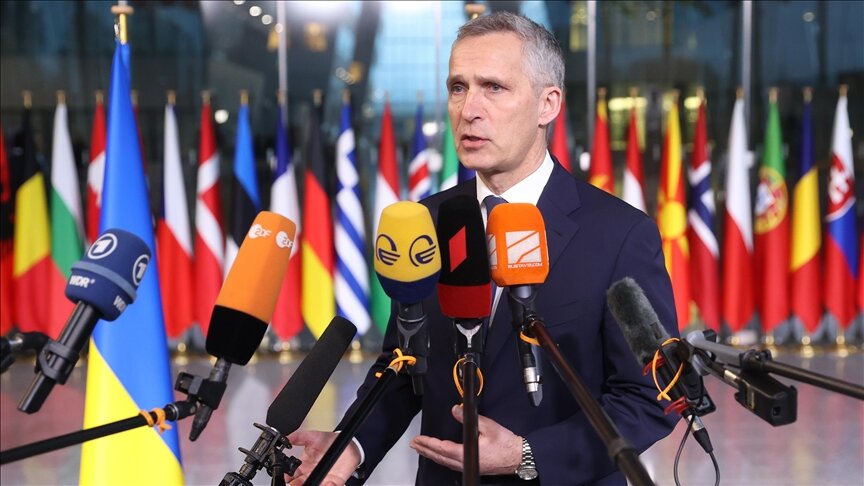 “I am convinced of the need for more air defense systems,” the Anatolia news agency quoted NATO Secretary General Jens Stoltenberg as saying in a statement before the meeting of NATO foreign ministers. Weapons and various forms of military support to Ukraine.

“NATO has a responsibility to protect all its allies, so with the Russian invasion of Ukraine, we have increased our military presence on the eastern side,” he said.

“We want to make sure that there is no place in Moscow for misunderstanding and miscalculation about our readiness to defend our allies,” Stoltenberg said. We must support Ukraine with more weapons and sanctions. So I welcome the fact that NATO allies are increasing sanctions against Russia.

The NATO Secretary-General reiterated the alliance’s mission to send troops to Ukraine: “We are responsible for preventing the conflict from spreading beyond Ukraine and making the conflict more dangerous and deadly.” Therefore, while we support Ukraine, we are working hard to prevent the escalation of these conflicts.

“I urge all allies to put aside their doubts about the supply of arms to Ukraine, because it is very strange, but these weapons today are for the sake of peace,” he said.

“We only give Ukraine defensive weapons, and those who say I am not in a position to provide offensive weapons are hypocrites,” he said. This is not unfair and completely unstable.

Kolba spoke of German military support, saying that the country could take more steps within its military capabilities, and that Kyiv was in talks with Berlin to get more German weapons.

In another part of his speech, he said: “The expansion of operations and decisions in Berlin is what worries me the most because Berlin has the opportunity but Kyiv does not.”

“Last week the sanctions presentation was poor and Kiev is not happy with it. Of course it is worth noting that the latest sanctions are certainly a step forward and there is no need to expose such violence, and I don’t think the Ukrainians should push the political will,” Kulba said.