According to the International Group of Online News Agents, the display of the secret drone base of the Islamic Republic of Iran continues to be reflected in the Zionist regime’s media in the heart of the Zagros Mountains.

A select group of Iranian journalists spotted more than 100 military drones on Saturday (May 28th), DEBKAfile reported. These journalists flew for 45 minutes with their eyes closed to a secret base deep in Iran’s Zagros Mountains.

The Mossad spy website referred to the base’s underground website and wrote that most of the drones were armed with Ghamah-9 missiles, which are equivalent to US Hellfire missiles. 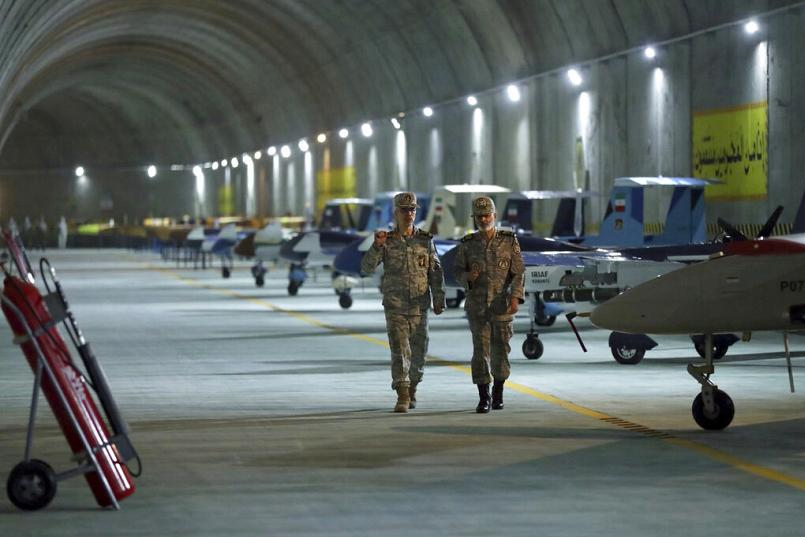 The site claims that Israel (the regime) was aware of the use of drones to launch large-scale attacks even before Iran planned to do so.

Today, Monday, media sources reported that the defense units of the Zionist army are on high alert for fear of attacks by the resistance forces.

According to the “Israel Times” website, the Israeli air defense units intensified their fears of an Iranian attack in response to the “martyrdom of Mr. Khozaei.” The Central Security Forces of the Zionist regime fear missile or suicide attacks by Iranian-backed groups in Lebanon and Syria, and the various air defense systems, including Iron Dome, are on alert.

The provisional Zionist regime has repeatedly warned that Iranian drones pose a major threat. Zionist website Analytics recently wrote that Iran has the potential to change the game in the Middle East by developing a massive arsenal of combat drones.

Zionist website Janus writes that the suicide bomber, a new lethal weapon, poses a major threat not only to Israel’s strategic ally in Israel but also to US regional interests.

Emphasizing the ability of Iranian drones to cross the defensive layers of the temporary Zionist regime, the website states that Iran has transferred the technology and knowledge needed to produce drones to Gaza, which is only 70 kilometers from the Dimona nuclear facility. In May, Hamas used suicide drones loaded with 11-pound explosives. (for more details)