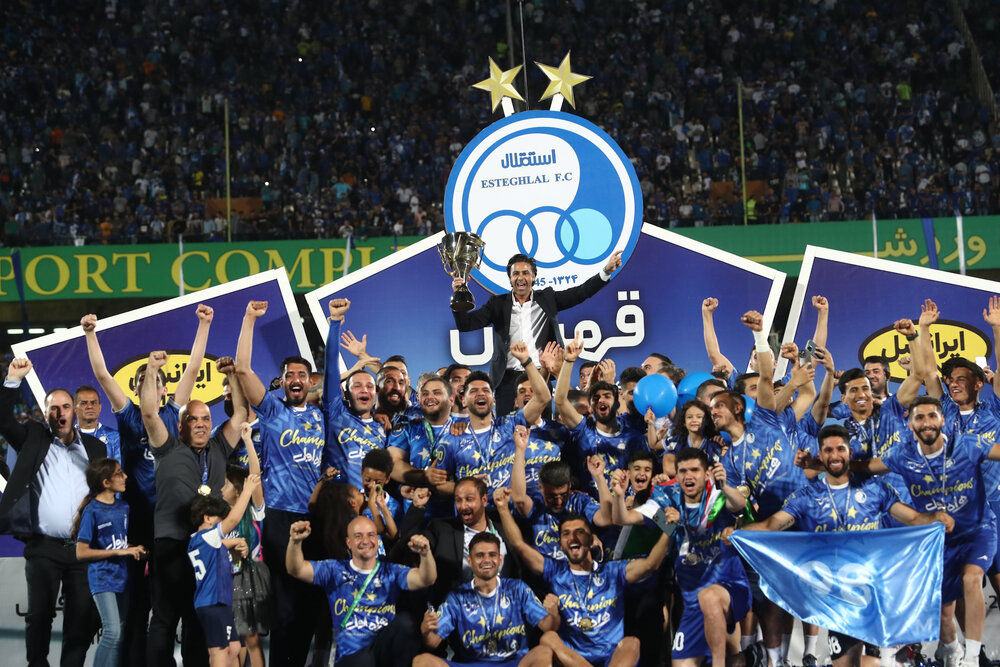 According to Mokhberan news agency; “Every coach wants to find the best for him,” Mohamed Momeni, a member of the board of directors of the Istiklal Club, said in a radio interview about Farhad Majidi’s separation. In my opinion, Farhad Majidi is the first young coach to serve as a legion, which is why we worked with him to do a good job for Istiklal Club and to help these young coaches. Despite the challenge, we tried to avoid being a club.

“We have internal and external options,” he said of Khalifa Majidi. We’re defending the title this year and that’s why we’re trying to pick the best player. Because there was a lot of talk today about Mr. Andiate, Mr. Andiate is a player and a team, and when we talk to him, it is not right to attack him. The natural right of club management is to talk to someone. The management of the club must be managed in a way that does not harm freedom. Did Reda Enayati’s words with Istiklal cause an accident? Fans may think this is not a good idea, but Reza Enayati, Mehdi Rahmati and Jawad Nekounam have the right to negotiate with the club, but whoever sits in the coaching chair is the responsibility of the board and the board of directors. .

These Istiklal board members continued: In our selection, we will certainly focus on the authority of the Istiklal Club. We negotiate with all options for the development of the club and compromise to sit on the bench. We try to make the best choice for freedom. Gabriel Payne will work with the next director.

Momeni in response to a question: Did Ben reach an agreement with Al-Istiqlal? He said: His first choice was Al-Istiqlal Club. He is familiar with the ideas of club management and the management does not pass them by easily. We strive to manage key aspects of technical personnel. Finally, they have the information they need to help the next coach.

“Istiklal is a team with a great defensive line and we don’t have many challenges,” he said of Independence transition activities. Our team is a champion and we are the best. So we have to face fewer challenges and only fix some of our weaknesses. We will not work like the other teams that have faced so many challenges. We have three or four weaknesses and we have reached a complete agreement with the four players and we will reveal them once the coach is chosen. So fans do not worry

“There are other people talking to the coaches we want in our country,” Independence board members said of the impact of cyber pressures on the Nikonum eradication and Enayati. We cannot guarantee that our team will bring back previous records, but we are trying to prepare a team to win the league. The next coach is said to fear stats. It is true that we have an unprecedented record this year, but we want to be champions. Perhaps we will face a draw and a defeat on the way to the playoffs. The conditions that Farhad Majidi brought are recorded in history, but we are still trying to find the best for independence.

Momeni added: “Cyberspace may be effective in the absence of Nikono, but I do not want a freestyle coach to become a coach shaken by the statistics of others.” A coach has to take risks and that’s what makes him great. the master. Nekoname could have taken a risk like Farhad Majidi in his time, but unfortunately he didn’t. Nekounam is no longer the coach of Esteghlal. Istiklal Club does not wait for anyone. We try to make the best choice for freedom.