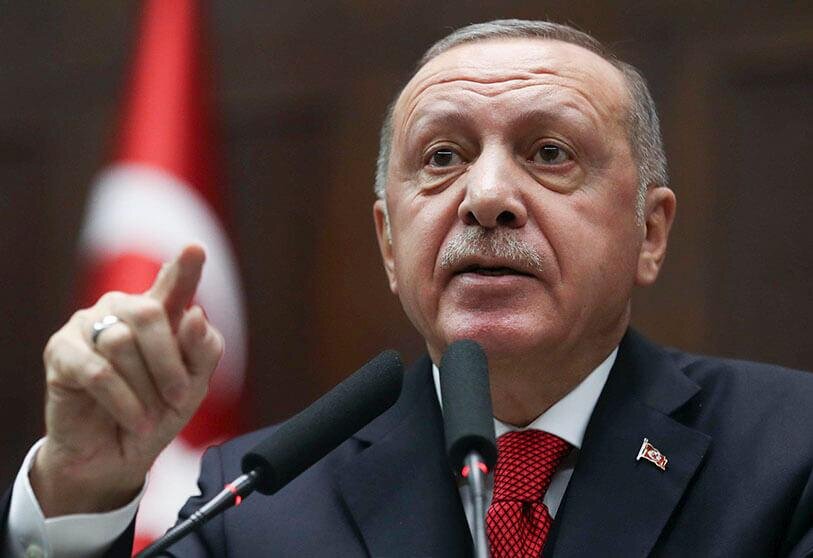 Al Jazeera quoted Recep Tayyip Erdogan as saying on Thursday that the deployment of Greek weapons on the neighboring islands is not in the interest of either side.

Erdogan said that Ankara does not seek ambition in the territory of neighboring countries.

Today, Turkish media reported that the Head of State attended field exercises within the framework of the joint military exercise “EFES 2020” in the Aegean region, with the participation of about 37 countries.

We do not allow the establishment of terrorist corridors at the end of our country’s borders.

“We call on Greece to stop sending weapons to civilian islands and to abide by international treaties,” he said.

network t. R. Arabi also referred to Erdogan’s claim that the Turkish army was successful in its previous operations and will succeed in the next campaign.

Erdogan said that Ankara’s operation at a depth of 30 km aims to cleanse northern Syria of terrorists, and expressed the hope that our allies would not pelt the operation with stones.

“Turkey does not violate anyone’s rights, but it does not allow anyone to violate their rights,” he said.

Turkey’s Anadolu Agency recently reported that the Greek ambassador in Ankara has been summoned to the Ministry of Foreign Affairs due to concerns about the illegal activities of the Kurdistan Workers’ Party (PKK) in the country.